There was a special occasion at the Drónverseny és Robotika Show this Saturday: this was the first time we presented to the public our robot that won several awards at the 2016 RoboCup world championship. Young and old both gathered around our stand to watch our robot in move for the whole day – except when it was part of our presentation on the main stage, had to show up at a press conference or when the guys prepared it in our pit-stop.

We met many new friends there and there was a great interest towards our robot; also there were interesting presentations on the stages along the afternoon. Of course we made a lot of photos of you using the on-board cameras of our robot (which we have put on our Facebook page.

Droneprix.hu the organizer team of the event really did a superb job, the drone racers had a really huge, nicely designed LED-racetrack while the robot exhibitors presented their robots in the next hall – meanwhile it was possible to follow the exciting race on huge displays from the viewpoint of the pilots.

Some photos and a video from the event: 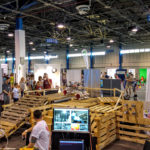 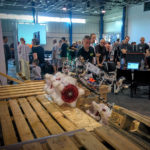 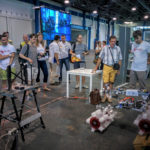 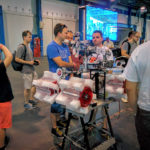 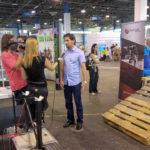